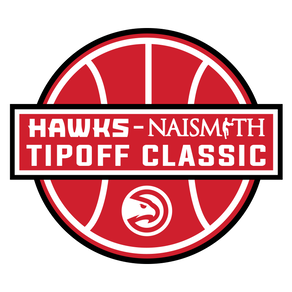 Recap of players who stood up and out during the 2019 Hawks-Naismith Tipoff Classic’s final day of action on November 16, 2019.  Images by Popscout.

Cold shooting night for this Combo Guard (3 for 12 shooting) who nonetheless stayed poised, leading his team to a come from behind victory after Maynard Jackson jumped out to an early lead.  Robert does a great job of handling the rock under duress, becoming a pressure valve for his teammates. He gets to the rack to create opportunities by his penetration and kick to teammates who spot up for open looks. He can also become special by finishing around the rim with jellies and euro steps.  Solid open court creator with a high basketball IQ. These aforementioned traits will be key assets towards the success of his squad as the season progresses and his development continues over the next two and a half years.  He went 15-18 from the line, tallying 23 points, showing his effectiveness to cause issues once he gets by his defender, draws fouls, and then cashes in at the charity stripe.  After watching this young man shine during the North Georgia HS Showcase (11/9/19), we expect some serious buzz in the very near future. Georgia has already offered and I’m sure many more to come

Marietta gave little resistance as Holy Innocents pretty much did what they pleased. 2021 Jillian Hollingshead logged a double-double, pulling down 12 rebounds to go along with 12 (4 for 9 shooting, 4-11 FT) points.  She also had 3 steals and limited her mistakes to 1 turnover.  UCLA was on hand, which is an indication that this young lady is drawing national attention on the recruiting trail.   As she uses her Jr. season to fine-tune her game by continuing to work on her mechanics and athleticism, at the end of the day, results should give her the edge she needs to be a true difference-maker at the collegiate level.

John hit a deep 3 ptr. wet ball to send the game into overtime as Glen Hills capitalized on the extra period to escape with a 49-47 victory over Mt. Bethel.  The 6’3 Combo Guard was a stocking stuffer, scoring 15pts on 6 for 16 shooting to go along with 8 rebounds, 8 steals, and 3 assists (3 TO). We like the athleticism of this young man, who handles well, shoots with confidence, and can go down low to do damage, working several times off the block to post and score over smaller defenders.  Concerned that 1st year Glen Hills HC William Cunningham micromanages his squad a bit too much and thus limits the development of his players.  Many seemed a bit timid to express themselves as Cunningham has to have control over each and every situation, instead of relying on his players to figure it out.  If John can continue to stay focused and play his game despite the tight reign that he’s under, we should see him drawing D1 interest at the end of the day.

St. Pius X came out swinging, scoring the first 8 points of the game. The backcourt running mates of 6’1 Chase Cormier (2022) and 5’10 Brooks Kahlert (2021) from St. Pius X can wreak havoc on defenders.  Greenforest showed great composure, eventually, pulling away for the dub.  Greenforest is tall but wet behind the ears, as their Freshman bigs saw limited action.  We always wonder how bigs will adapt to the speed of the game which can make or break a player’s chance of becoming the next big thing.  We like the development and play of So. 6’2 G Jalen Forrest who held his own against a strong defensive effort from St. Pius X.  Jalen is a stocky guard who can get to the bucket and finish with floaters and stop and pops, thus eliminating charging calls/ turnovers and momentum swings. His ability to become special was a determining factor for the Eagles as he poured in 22 points while shooting 7-11 and 3 for 6 from 3 pt. land.  He also knocked down 5 of his 6 attempts from the charity stripe.  All signs point to a stud in the making from this young soldier and witnessing his development over the next two years will be a joy for Greenforest HC Rory Griffin.

Westlake was too polished – even though they only sport 2 seniors on their roster.  Head Coach Hilda Hankerson has to be stoked about the potential of her squad.  She runs a tight shift, showcasing a full-court press while running sets that allow her players to shine. Keep your eyes and ears open for Ta’Niya Latson who’ll emerge as a top recruit when it’s all said and done.  Ta’Niya is active as can be, sitting and sliding and releasing and recovering on defense, while showing great activity on the offensive end of the court with her tenacity and relentless pursuit of the ball.  We only got a glimpse of Westlake (2 and a half Quarters) but loved what we see.  This team will compete with the best of them and should garner National attention because of their deep and young roster.  Another player to watch is Jr. 6’3 W Brianna Turnage who shows a uniqueness to her game that’s a joy to watch.

No one works harder than Tri-Cities who were able to literally impose their will on rival Westlake, grinding them to a halt.  2021 6’2 PG Peyton Daniels, who has 8 offers including Alabama, Mississippi, Georgia, Georgia Tech, and James Madison, was special.  Although he shot 8-25 from the field and 2 for 13 from 3pt land while missing 5 of his 10 free throw attempts, he finished the day a stocking stuffer scoring 23 points, with 7 boards, 4 dimes, and 3 steals.  If Peyton can limit his mistakes (4 TO’s) and be a bit more in control of his game in terms of shot selection and pressing the issue, we’re looking at a difference-maker at the next level.  He was able to shine against Westlake 5 Star Super Soph. Dillon Hunter who was held to 13 points on 2 for 4 shooting.  With one year left for this young man to develop his skillsets and leadership attributes, we may be looking at the #1 PG in the state of GA for the Class of 2021

There’s one word to describe 2020 Dwon Odom:  electrifying.  This kid right here is as special of a PG as we’ve seen in quite some time.  When was the last time you saw a guard rebound and push, outrun the entire defense in the process, and go coast to coast for a monster slam?  Not once but twice!!  His athleticism allows him to play above the rim as he just wreaks havoc with his ability to jump out of the gym. He’ll need to continue to develop consistency in his jump shot but the potential to be a top collegiate player and NBA playmaker is evident.  The potential for this young man to be great at the next level will be fun to watch as he heads off to Xavier, bringing a bag load of skillsets to the Musketeers.

It was a packed house at Pace Academy in Atlanta, GA as all eyes were on 7’0 big Walker Kessler.  The UNC commit even had his future coach Roy Williams in attendance.  Mr. Kessler didn’t disappoint, hitting key buckets down the stretch to seal the victory for the War Eagles.  Because of his ability to stretch the defense, protect the rim, and score off the block, it’s no wonder he’s the #1 prospect out of the State of GA for 2020.  He runs the court well getting to his comfort zones and spots on the court where he’s effective at pulling the trigger and knocking down wet balls.

His footwork is advanced, showing an array of post moves on the block and then his ability to just shoot over smaller defenders.  Stretches defenses to behind the arc, shooting with confidence and a silky smooth stroke.  One play in transition, he was able to receive a pass then stop and pop for a step back midrange jumper.  Fluid.  The gripe many may have about Walker is that he’s a bit soft and lacks explosiveness.  I’ve seen Evan Mobley (CA), the #1 Center for the class of 2020 since he was a Freshman, develop into a multifaceted player under the tutelage of AAU’s Compton Magic.  Evan is a bit grimier than Kessler with a lot more explosiveness.  If Kessler can add muscle and toughness to his already semi-polished game, he’ll be a top 5 pick in the NBA Draft, whenever he decides to jump ship.

We appreciate the 2019 Hawks-Naismith Tipoff Classic and host Pace Academy.

A group of gym rats who are passionate about the game of basketball. We scout, provide action shots, evaluate your play, and constantly stay in the lab. View all posts by PopScout