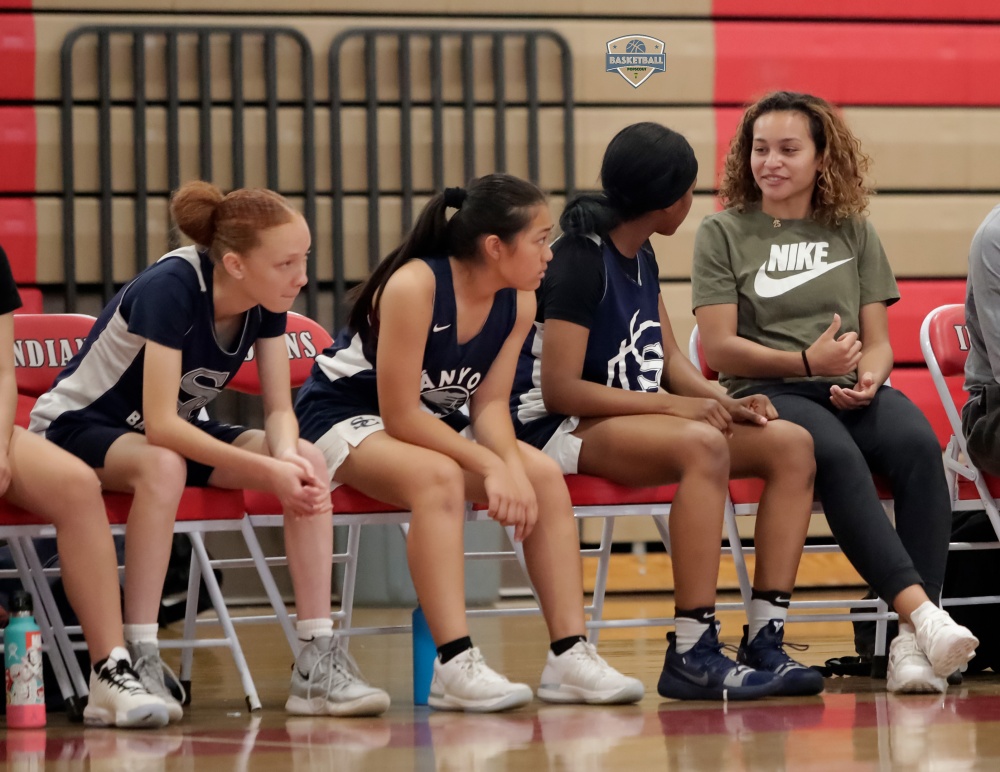 Sierra Canyon is the Popscout Preseason #1 Team in Girls Hoops for 2019-20.  That doesn’t mean that teams won’t come out looking to rain on their parade.  Chaminade created some buzz by defeating Sierra Canyon on June 09, 2019, by a margin of 10 during the Burroughs Tourney hosted by Girls HC Vicky Oganyan and John Burroughs High of Burbank (CA). SC was missing a piece to their puzzle with Texas commit Ashley Chevalier (pictured above) sitting on the bench in street clothes.

It afforded the opportunity for other players to see how well they fare without their electrifying point guard shot callin’.  Vanessa De Jesus hasn’t missed a beat from her star-studded performance as a junior.  The Duke commit knocked down several 3 pt attempts while dishing out mouth-watering assists, making her a hands-down Popscout Preseason All-American.  Players must continue to stay in the lab, stay humble, respect the game, and continue to develop as a player.

A group of gym rats who are passionate about the game of basketball. We scout, provide action shots, evaluate your play, and constantly stay in the lab. View all posts by PopScout