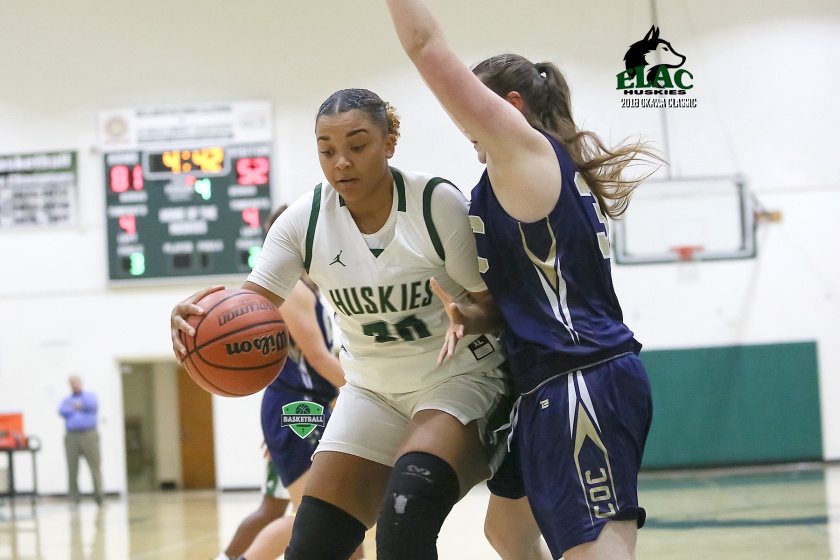 The stage is set.  Two of the top JC teams in the State of Cali will literally duel it out today for bragging rights leading into the new year.  Both teams held form yesterday, with Moorpark advancing by the score of 92-78 over Mission College, while East LA used a balanced scoring attack by multiple stud-muffins that was too hot to handle, too cold to hold – advancing by the score of 89-55 over College of the Canyons.

Moorpark comes in as the #1 rated team in the State with Freshman PG Brianna Calhoun shot callin’ and big ballin’, she does everything Head Coach Kenny Plummer asks her to do…and a lot more.  She’s a true floor general in every since of the word, showing the ability to become special at any given moment.  She’s definitely worth the price of admission family.  Moorpark also has a strong supporting cast, that should win a few Oscars this year for The Lady Raiders.  They do a tremendous job working together as a team and believing in one another.

East LA College is the #3 ranked team in the State.  They have a plethora of options to choose from -all of which cause serious issues for opposing teams. They were able to ‘crip walk’ their way to the ‘Ship yesterday, competing at a very high level for the full 40 minutes.  To put it frankly, these girls can go.  Coach Bruce Turner and his coaching staff appear to have all I’s dotted and T’s crossed heading into today’s ‘ship.

At the end of the Day

It appears that East LA will have too much firepower and athleticism for Moorpark to handle on East LA’s home court.  East LA’s bigs might have a field day down low on the blocks – especially if Moorpark Center gets into any early foul trouble.  It will take a special effort by Moorpark PG Brianna Calhoun and her supporting cast to come away with the win.