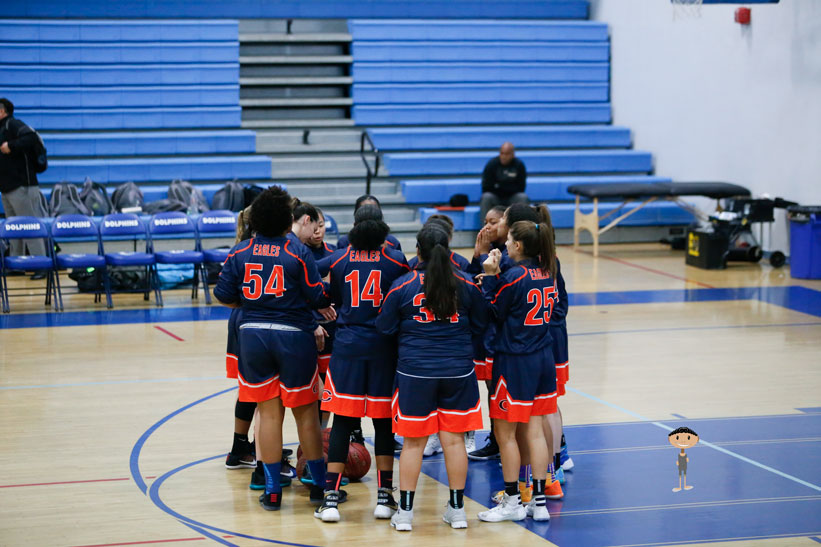 Image losing two All Americans off your squad. You now have to regroup and develop a new identity among your team – with a target on your back from dismantling so many clubs a year ago.  That’s the dilemma the Chaminade Girls basketball team is faced with, after winning a State title last season with Super Senors Leaonna Odom and Valerie Higgins.  Odom (2016 McDonalds All American) is now a stud at Duke, while Higgins (U-18  USA participant) has cracked the starting line up for the Lady Trojans. Both proving  that they were no flukes.  The girls are playing major minutes for their college teams as Freshmen, as well as proving that CA girls basketball is one of the premiere states with lots of talent.

Melissa Wright has jumped center stage and gives the Eagles an immediate punch, with the ability to shoot from 3 point land, play solid defense, and finish around the bucket.  Although the Eagles went 2-2 in the recent Palisades Beach Invitational Tourney, this young lady was a joy to watch as she brings energy and some of that ‘Senior swag’ needed for her team to be successful.  She should be able to lock down a few D1 offers by years end.  Scouts need to keep an eye out on this young lady.

Here are a few highlights of Chaminade as they face Fairmont Prep during the 2016 Palisades Beach Invitational Tourney hosted by the Dolphins and Coach Torino Johnson. Going to be some great basketball played this year in the tough Mission league Conference with the likes of Alemany, Harvard Westlake, and Chaminade all vying to become conference champs and then some.

PopScout
Become Great at what you do.